In a perfect world, I would have been able to represent the first 20% of my trip in more than one post, but I didn’t have the time (see: Logistics) to make this blog until I got to Cleveland. So here’s the first 750 miles in a Reader’s Digest version. 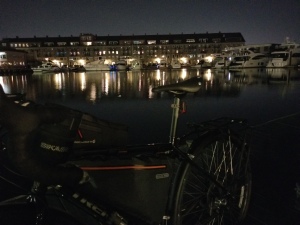 My trip started unofficially at 1am on June 13, when I took a short ride to Boston Harbor by myself for my own little moment, and I dipped the back tire in the Atlantic, anticipating that, should I make it, the front tire will hit salt water at Ocean Beach in San Francisco in August. 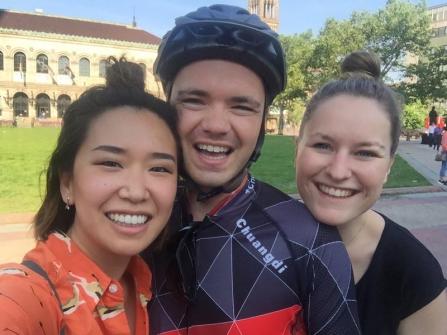 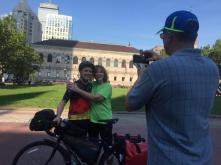 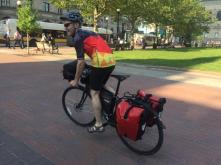 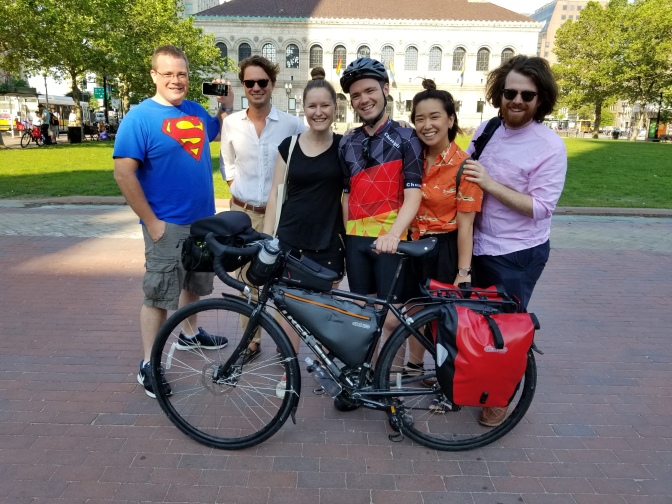 My tour started officially at 8am that day at Copley Square in Boston, and I was incredibly lucky to have a few close friends get up early and my parents make the trip just to send me off. It was a very all-of-a-sudden kind of affair. Maybe we were there for 10 minutes, and then like a shock, it was just me.

The first day was 101℉, with an advisory that it felt like 111℉. Drivers and people I met were unusually nice, probably because they felt bad for me. But I didn’t have trouble finding water, so it was all just part of the journey. I didn’t readily volunteer what I was really up to during the day, though, because how did I know I’d even make it to New York?! But I was happy to meet a nice man who passed me on a road bike somewhere west of Concord. He asked me out of sheer curiosity where I was going, to which I could only reply “San Francisco.” He followed me for a bit just to chat. We forgot to exchange names, but he found me later through Facebook from some clues from the conversation, and I hope he’ll still be able to follow me along the way via this blog. Shout out to Pierre! 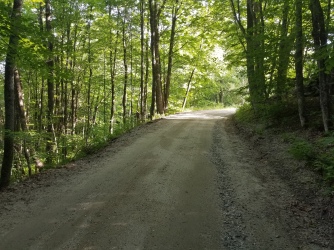 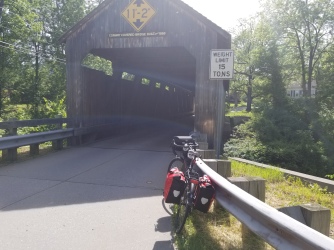 On the second day in Massachusetts, I learned that not all 78-mile stretches are made the same of course. My title for the day’s ride on Strava was “A little too ambitious,” but I made it to my campsite just east of Pittsfield by nightfall. The scenery in Western Mass is gorgeous, but I’m afraid I was on a mission to get some distance behind me and reach the NY state line. It felt really good to achieve that first milestone.

It took me 6 days to cross New York. Three nights in cheap hotels, two camping, and one with my friend Lars Schumann, his wife Tamar Carroll, and their beautiful daughter Sabina in Rochester. It hadn’t occurred to me until I saw Lars in Rochester how much of a relief it was to see a friend! In a lot of ways, while I’m on my bike trying to make 80-or-so miles each day, it’s so all-consuming that it feels like I am in another, physically separate, constantly changing world. It’s really cool actually, but man is it awesome to see people I know and like from time to time too! 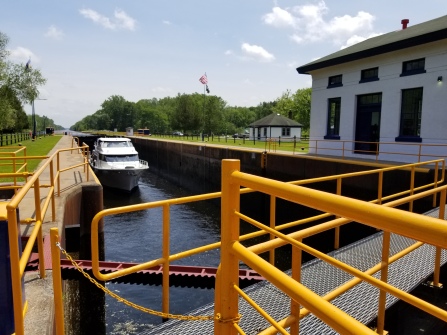 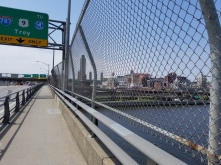 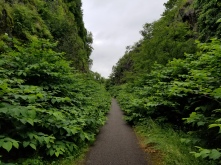 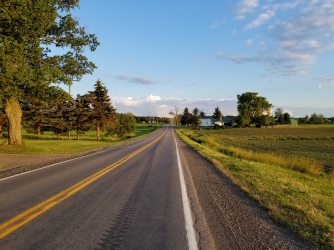 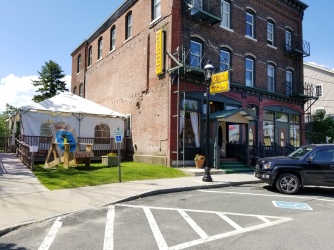 I followed the Erie Canal for almost its entire length. I really wanted to include Ithaca in my trip, but by the time I passed Albany, I redirected my trip because I was already starting to feel some pain in my upper left shin, and more, unnecessary hills just didn’t seem like a good idea. So re-framed, my trip through New York was more properly a terrific chance to appreciate the engineering marvel that is the Erie Canal. I honestly had no idea how impressive it was until it was my life for days. It would be a feat today, and it’s about 200 years old. Working locks, aqueducts, ruins, old tug boats, mule towpaths,… seriously awesome, and I can’t imagine a better way to experience it than by bike. 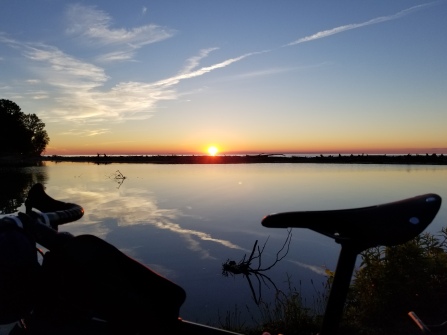 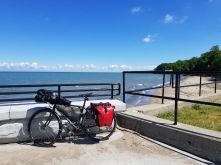 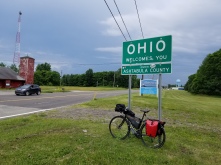 I first saw Lake Erie just south of Buffalo. Especially as a son of the Great Lakes, that was pretty freakin’ cool. But, ohhh, the head winds. I only made it 50 miles that day, and it was far more difficult than the Berkshires in Western Mass had been. I had to stop 30 miles short of the camp site I had paid for to get a motel room so I wouldn’t hurt my knees any more. And I resolved that I had to figure out how to get rid of my side panniers that made headwinds so much worse to deal with.

The next day I made a little over 80 miles to just East of Erie, PA, and something about that day just made it simply the best. It was beautiful weather, and I got to ride along my favorite lake and complete my then six-day project called Upstate New York. I also started singing and whistling to no one as I rode just ’cause I could. That night I stayed at a campground on the lakeshore just 10 miles from the Ohio border, so I got to fall asleep knowing that my biggest achievement of really, actually making it home was waiting for me before breakfast the next day.

I was alone at the campsite save for one other guy, and he offered to have me join him at his fire. Cool dude for sure, and we had a good conversation. He was heading from Chicago to a buddy’s wedding in Vermont, and he happened to love any chance he got to camp. I remember he asked me: “so why are you doing this?” I admitted that I didn’t really have a good reason, just a bunch of little ones, plus why not. I told him a bit about the trip and moving, and I’ll remember his line forever: “yeah, there’s a motivation in there somewhere.”  ‘Nough said. 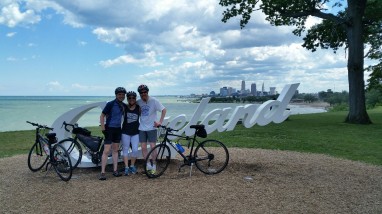 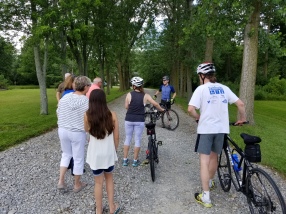 I made it to my friends’ house in Cleveland Heights in exactly 10 days from Boston. I had a terrific night with Julia Weiss and Jeremy Riedel, and they were gracious hosts as always. The next day was all thunder storms, so I took my parents up on their offer to pick me up. I left my bike in Cleveland Heights for a couple of days and then returned to it, which set me up for what I had been hoping to do: to ride across Cleveland with my adventurous cousins Kelly McCrone and Kevin Peacock. They were only available one day, and I had arrived a few days earlier. That ride, their longest to date, ended at my parents’ house in Oberlin, where I got to spend time with a lot more family 🙂

So if Montreal was the learning phase, Stage 1, and Boston to Cleveland is the proving-it phase, Stage 2, now with some rest and retooling, I’m finally ready for Stage 3: the BIG journey.